Advertising on rental bicycles of the company veliki.ua 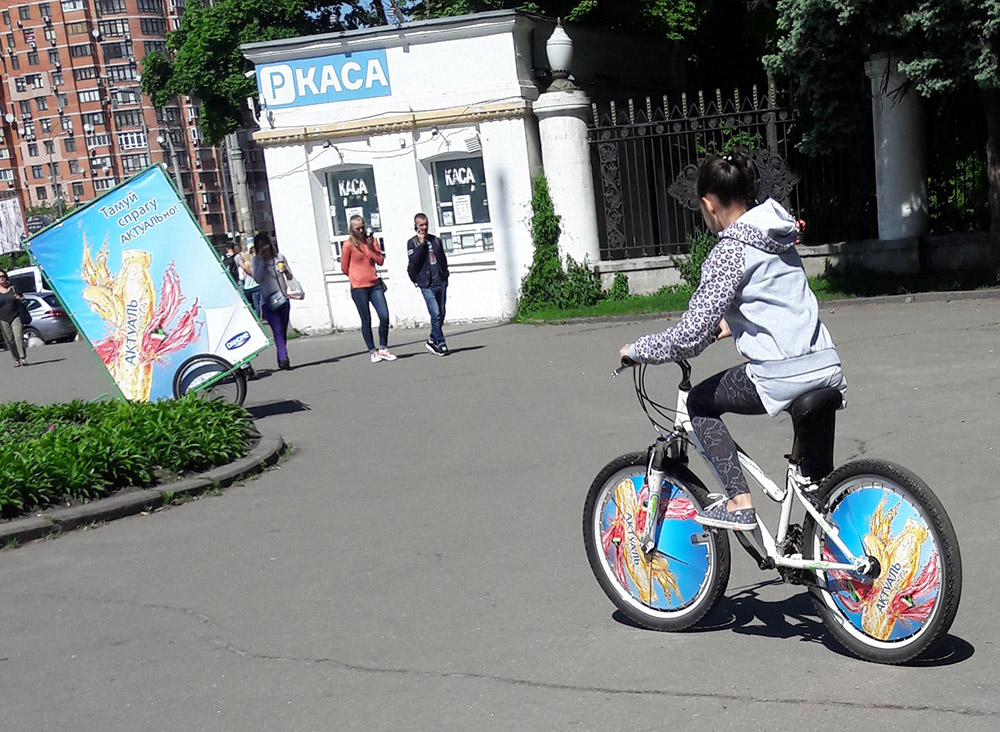 More than 1000 bicycles, which cover 13 cities of Ukraine and 35 rental points in crowded tourist places, can become your mobile advertising carrier. Get the maximum number of live views, as well as a second wave of attention already online, because in our experience, most customers are happy to share selfies and vivid photos on social networks. Such advertising attracts attention with its originality and brightness. It will be seen by those who want to rent a bike, those who rent it and are already riding it around the city, and those who see a cyclist in parks, courtyards, on city roads. 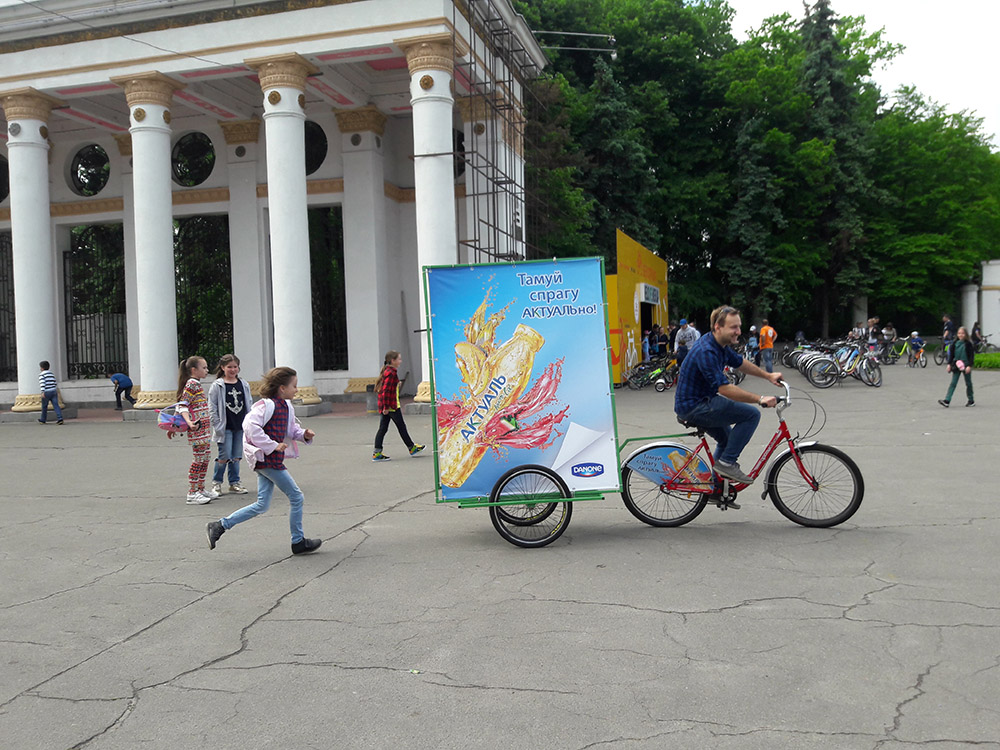 A billboard on a tricycle will be an effective solution when you need to organize a promotion in a specific area of the city, among a specific audience. Bright advertising will attract attention both by the poster itself and by the advertising structure, which can not be seen every day.

Among our services are trike rental, route development, additional soundtrack from a portable audio system, which is installed on the frame.

The benefits of this type of advertising 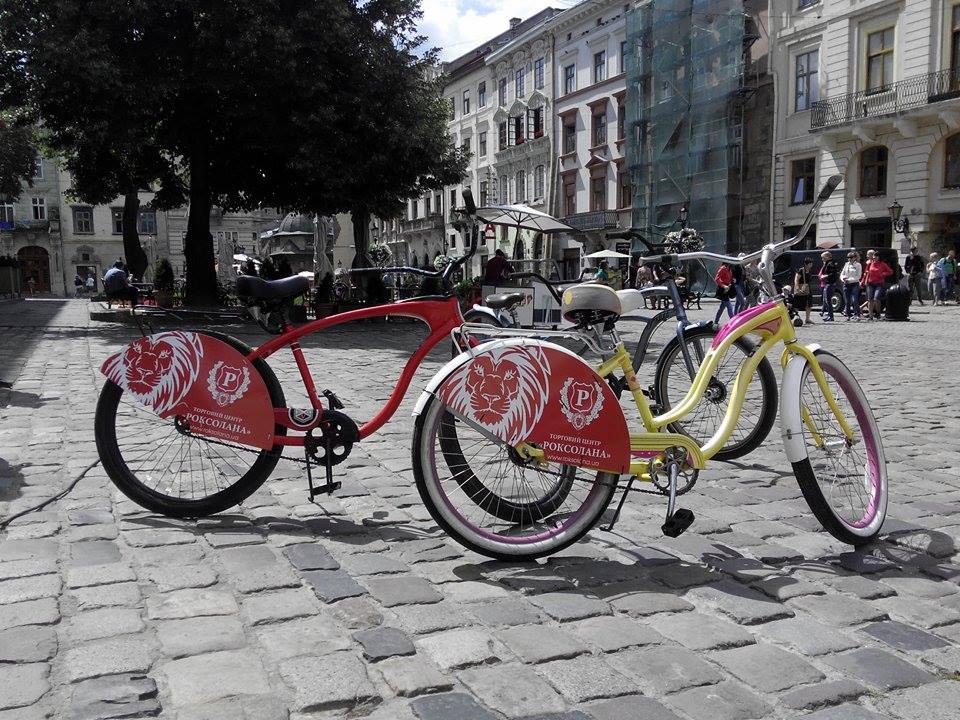 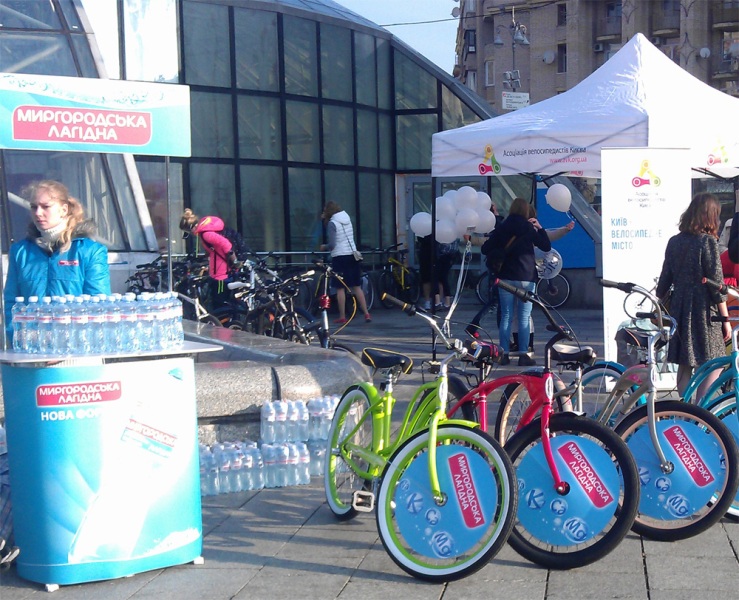 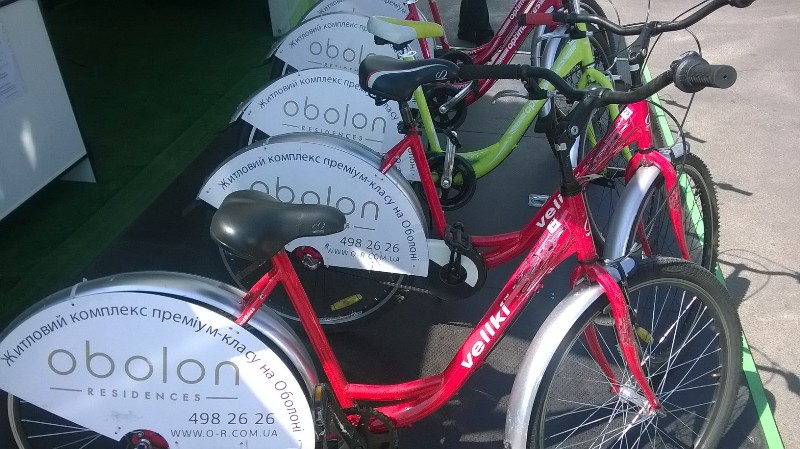 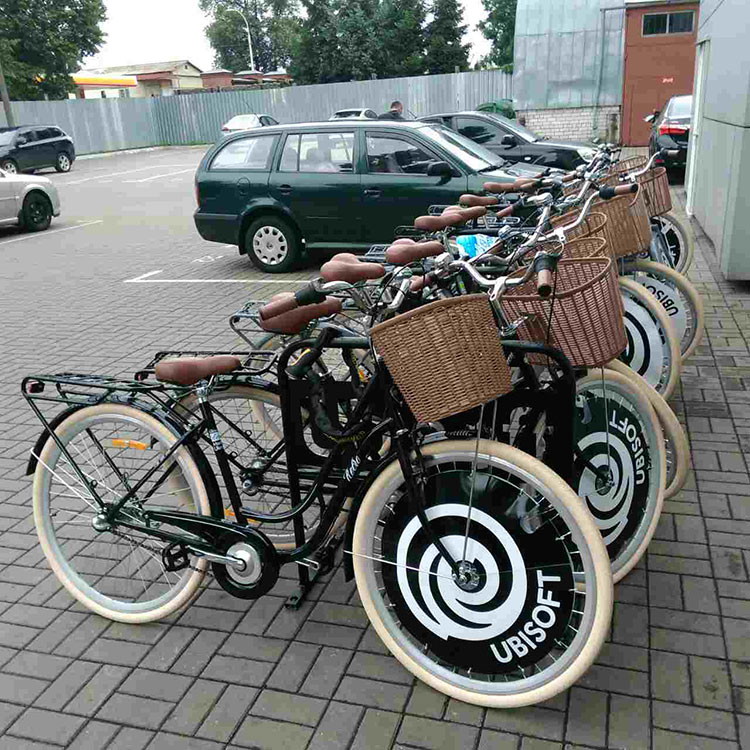 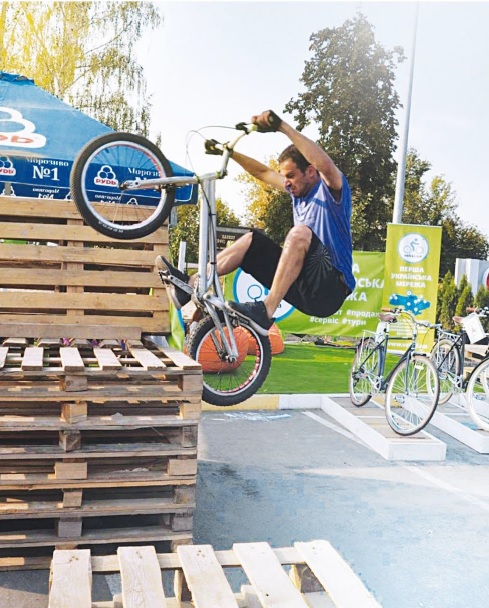 Bicycle promotions and demonstrations are massive, effective and effective advertising that will attract the attention of the media, authorities, residents, guests and tourists to your event and brand.

In addition to advertising purposes, the bike ride will show that a bicycle is a modern alternative means of transport, a type of leisure and a way to a healthy future for Ukraine. Such promotions are always positively perceived by the society, and news and videos after the event guarantee a viral effect and reach an even larger audience.

For advice on advertising on bicycles or organizing promotions